The French and English have never entirely seen eye-to-eye. Brothers are always the same. Nonetheless, the world would be a far different place, without Madame France would it not. From Cyrano de Bergerac to Monsieur Eiffel – Mssr. Braille, Mssr. Pasteur, Mssr. Lumiere. Alexandre Dumas, Edmond Dantès. Our French friends’ contribution to world culture goes beyond expansive.

And then, not forgetting Madame Guillotine. When The Man took the piss just a bit too far, France was having none of it. An example to us all. It wasn’t the last time the French did not stand for various things. My most recent favorite being, if I am correct – a nationwide response to an unwanted vehicle clamping strategy. The French people simply took it upon themselves to superglue the locks on all and any wheel clamps left in public, to the extent that I understand some rethinking was in order by The Man. Bon travail. 🙂

At the gates to the ‘Free World‘, stands the Statue of Liberty. A gift to USA from France. Another Madame Liberty stands in Paris. Liberty means freedom, in case any of you thought it meant The Man taking liberties with you. At Her feet there is a plaque, with a poem. The New Colossus, Mother of Exiles…

“Give me your tired,
your poor,
Your huddled masses yearning to breathe free,
The wretched refuse of your teeming shore”.

It’s an iconic poem, despite the US Govt. wanting to change it’s mind now the work is done. But, ‘breathe free‘? How stupid did you think people were exactly?

We have many friends in France. Over time, we expect we will find many more. Sadly, Mademoiselle France once again has The Man’s unwelcome hand worming it’s way up her skirt. Here’s the new proposed French laws vis-a-vis zoofilie…

Lemme break that down for you.

There are no organized Pet Gangs, are there Gang. There’s just us. So then, that is a law especially for us. Wow 🙂  You know you are pushing all the right buttons when The Man throws his toys out the pram like that.

And to cap it off – all of the above punishments for you, if you even consider thinking about doing what what we do. Did you get your head around that, France?

Now, keep in mind. In France, the punishment for kidnapping a child is 5 years and 75,000 euros fine. Being a Gaianaut in France – 6 years and 100,000 euros fine. Just to put things in perspective. Man those sweaty nervous little French lawmakers are sore at us eh. Good. Well let’s twist that knife a bit more eh, see how they like that 🙂

“An unjust law is itself a species of violence”.
Mahatma Gandhi

The organized gangs thing, I expect is their response to our communique re the pitfalls of being sex Nazis. As explained in that letter, if it’s a fight they want, then it’s a fight they shall have. Yes, we still know who you all are thanks.

I understand these laws are being proposed. They are not yet in place. That means there is still time to do something about it. If you French folx feel compelled to preserve your liberté.

We shall be looking into removing any of our French Gaia Crew from France, and relocating them to where it’s safe and rather more civilized. In the meantime, what will the rest of you do? I suggest, you start firing emails at your local town and city representatives in objection to this nonsense. Or don’t, up to you. Just remember – “First they came for the socialists…” Tyranny starts somewhere. They say ‘hindsight is always 20:20‘ – it’s now 2021. With the historical benefit of full sight of how these things inevitably pan out, it is quite easily avoided. Or, you genuinely thought those vaccinations and curfews were because of the flu really? 🙂

We, as usual, will do what needs to be done at the appropriate time. And yes, like our friend Neo, “I know Kung Fu”  😉

All of this, whilst France is having it’s arse spanked by Europe over it’s filthy air. They are looking at a 10 million euro fine. Unemployment on the increase. You’d think they would have more important things to be worrying about than a few people having fun with their pets eh.

To the French The Man; do tread carefully eh. The journey to all Guillotines begins with a single step. Or has your memory become fuzzy so quickly? We shall see, shan’t we. 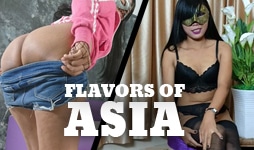